Our ceili band is the pride and joy of the Reynolds-Hanafin-Cooley Branch! They are a group of dedicated and popular musicians who perform for functions throughout Massachusetts and beyond.

The Boston Comhaltas Ceili Band was formed in 1976 and grew naturally out of sessions and musical friendships dating back to 1953. Original band members Larry Reynolds, Sr., and Tom Sheridan played with the old Boston Ceili Band of the 50s.

The band was inducted into the CCE Northeast Regional Hall of Fame in November 2002 after playing out for more than 15 years, performing from Alaska to the Grecian Islands to the Caribbean, from Cleveland in the mid-west to Cape Cod in the East, at ceilis in resort hotels in the Catskills and at fabulous hotels in downtown New York City. 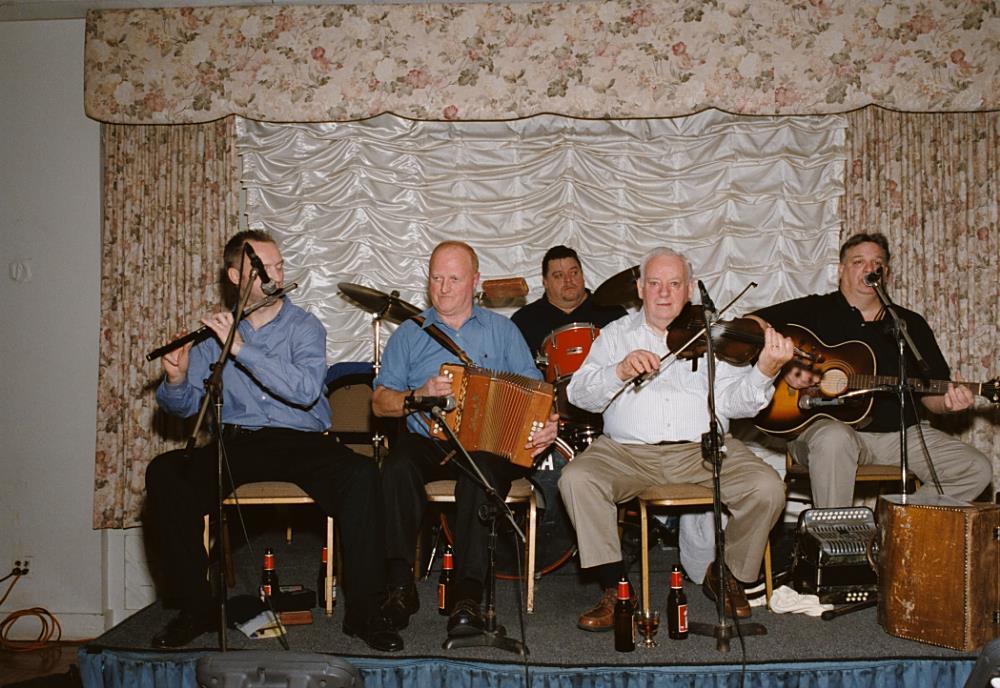 Ready to play at both local benefits and major Irish music festivals, the band has built their reputation also in part upon their great musical depth. Larry Reynolds, Sr. and his sons Mike and Sean, his nephew Pat, and father and son Fergus and John Keane were/are band regulars. Other fine musicians who play or have played with them include Tara Lynch, Tom Sheridan, Jimmy Hogan, and Martin Cloonan, and Seamus Connolly.

The CCÉ Musicians play for our bi-monthly Seisiúns in Watertown. (See our calendar for dates and details.)