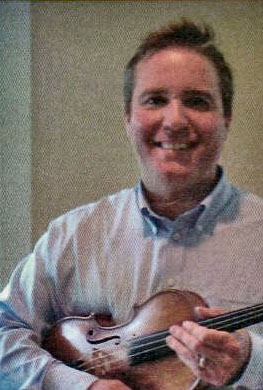 Brendan Bulger, a member of the  Reynolds-Hanafin-Cooley branch of Comhaltas Ceoltóirí Éireann, was inducted into The Hall of Fame by The Northeast Region of the North American Province on November 3, 2011.

Brendan Bulger (Fiddle) was born and raised in South Boston, Massachusetts. He received his first instruction from Seamus Connolly, one of the world’s most respected master Irish traditional musicians and teachers (and another Hall of Fame inductee).

Brendan currently lives in the Boston area with his wife Caroline and children Eleanor, William, and John and continues to be active in the local and national traditional music scenes.

Widely Praised for His Fiddle Playing

Mr. Bulger’s fiddle playing has been the subject of feature articles in such publications as Treoir, Boston Magazine, Boston Irish Reporter, and the French language Trad Music Magazine.

He has teaching, performing, and prize-winning arranging and recording credits that extend internationally. These include seminars at Berklee College of Music, the Montana State Old Time Fiddler Society, the All Ireland Fiddle Championship, and 3-time Ceili Band Championship of U.S. Midwest Region. His credits include the prize-winning recording “Music at the House” with Marty Fahey and Kathleen Gavin, the Huntington Theatre production of “The Last Hurrah” by Edwin O’Connor, and the soundtrack of the independently released film, “The Bounty”.

Reviewed by New York Times and The Boston Globe

The New York Times Paper Cuts blog called Brendan Bulger’s fiddling “so powerful that you want to sneak a peek at his instrument, check to see what’s inside.” The Boston Globe has said Brendan Bulger makes “one fiddle sound like two” and is “prodigiously talented.” The Irish American News remarked that “Bulger’s fiddle playing is perfect… and (try as we might) there is nothing more to say. He is wonderful. Period. Full stop.”

JOIN OUR MAILING LIST to receive occasional emails from our branch organization with updates or notices of special events or important announcements.